From a young age, Nick had a deep fascination with the human mind. This interest was further cemented while volunteering as a Samaritan and working as a Support Worker for the mental health charity, Mind. Nick chose to further pursue this interest, studying psychology at the University of Cardiff, before later gaining a doctorate in Clinical Psychology from the University of Sheffield and embarking on a long career with the National Health Service as a Clinical Psychologist.

It was while working in a leadership role for the National Health Service in the UK that Nick became interested in corporate wellness and how organizations can benefit by looking after their employees. Determined to implement a strategy that would enable the NHS to best support its workers, Nick realised that there was a clear gap in the market for a platform that would provide all organizations with the tools to do this. It was this belief in the importance of offering a proactive solution that led Nick to co-found Unmind in 2016.
Speaking At
Day 2: Wellbeing for a High-Performing Workforce 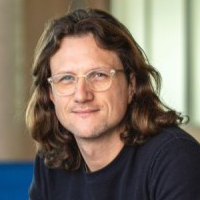